Onfido is the new identity standard for the internet. Our AI-based technology assesses whether a user’s government-issued ID is genuine or fraudulent, and then compares it against their facial biometrics. Onfido helps end users bring their Physical Identities to the Digital World providing it's customers with a higher level of assurance of their end users.

A simple authentication node for ForgeRock's Access Manager 6.1 and above.

Onfido is the new identity standard for the internet. Our AI-based technology assesses whether a user’s government-issued ID is genuine or fraudulent, and then compares it against their facial biometrics. Onfido helps end users bring their Physical Identities to the Digital World providing it's customers with a higher level of assurance of their end users.

What's in the package

Once built and dropped into ForgeRock 2 nodes will be available.

Onfido Registration Node: Collects and sends the document and biometric to the Onfido Back end. This node also uses Onfido's Autofill endpoint to get the User Attributes off the document for possible provisioning later.

The Onfido/ForgeRock integration user journey supports both Registration as a Service and higher level of assurance use cases. For Registration as a service end users do not yet have an identity provisioned in the ForgeRock platform.

Use Case: Registration as a Service

The Tree should be configured as above. The Username Collector is there to allow the user to pick a username for subsequent logins to ForgeRock Access Manager. The Onfido Registration Node will then initiate the JavaScript SDK on the Access Manager Login page. Onfido SDK will take over and take the user through the Onfido Identity Verification Flow (see screenshots at bottom for flow). Next the Create Password Node will ask the user to select a password for their subsequent logins and the Provision Dynamic Account Node will take the information from the previous three nodes and create an identity in the ForgeRock Platform. User will be auto-logged in at the end of this flow.

The Tree should be configured as above. This tree/user journey is built for an already logged in user to be redirected through and trigger Onfido Identity Verification. This is for when a user already has an identity within the ForgeRock Platform, but higher level of assurance is needed on the account. For example a user who has signed up for a digital identity for a bank to review and track offers but has now decided to sign up for for a checking or savings account. In this case the user is already known but no assurance can be attached to the account. Pushing the logged in user through the Tree above will start the process to attach a higher level of assurance to the digital account.

The Onfido Webhook Node/Tree as seen above is used to receive the report from Onfido as well as find and update the user inside of ForgeRock that corresponds to the Report. If you are familiar with ForgeRock, normally Trees are used to log users in and provide SSOTokens but when called with specific Query Params you send information through a tree without returning an SSO Token. This is a very important note and the configuration steps below must be followed to make sure that an SSO Token is not created.

In the Onfido Dashboard go to Developers then webhooks to configure a new webhook. The Token which is covered by the red block in the above screen shot is the webhook token needed by the webhook node. To generate one click on the button that says Create Webhook a pop up will come up. 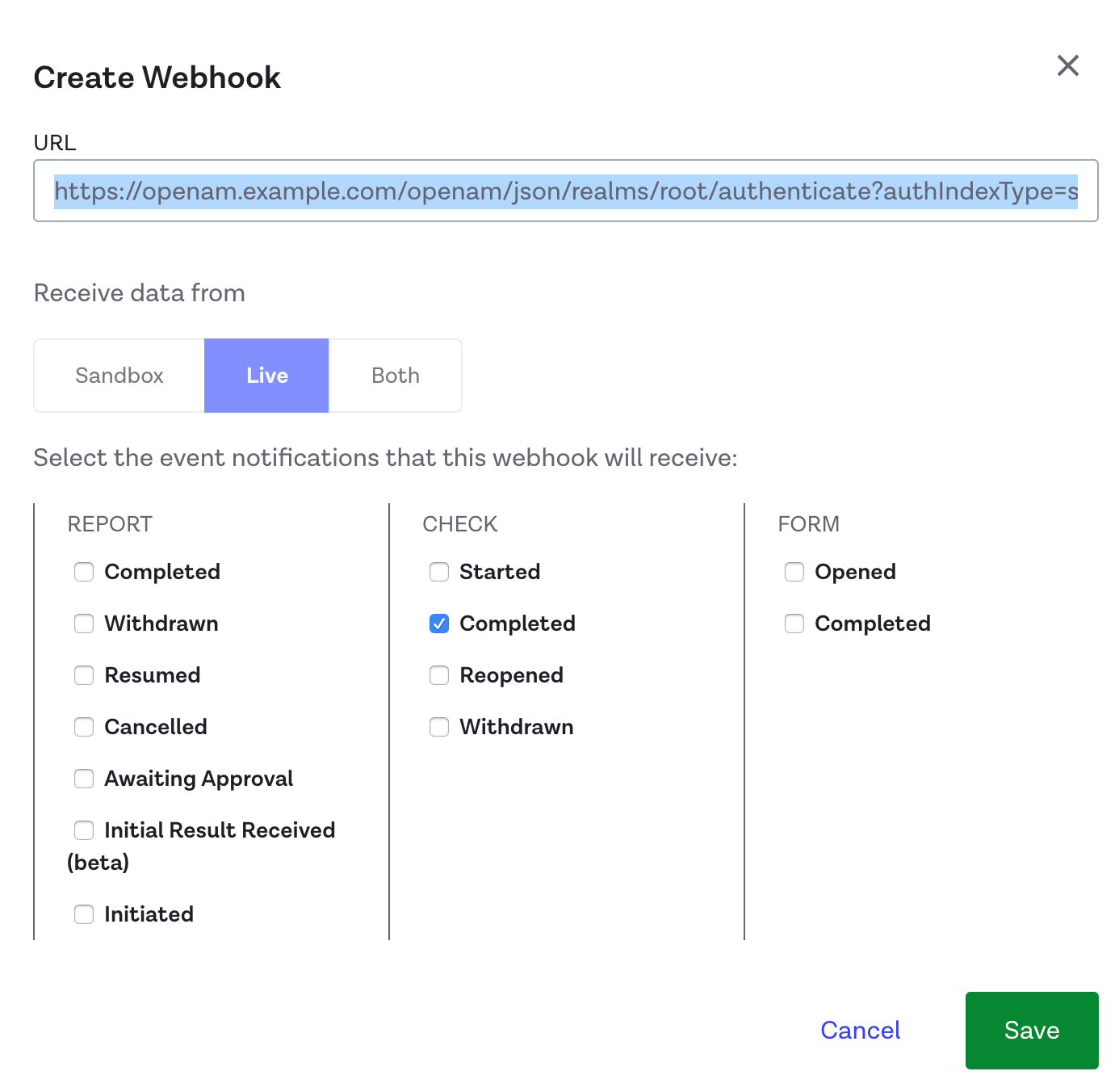 Fill out the URL like below using your own url making sure to have noSession=true in the url to ensure that an SSOToken is not created.

Also make sure to uncheck everything except for the Check Completed this is the only notification the webhook tree/node needs. 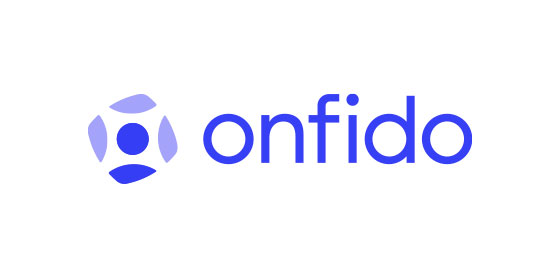